​THE B.E.A.R. PRAYER
لاَ يُكَلِّفُ اللّهُ نَفْسًا إِلاَّ وُسْعَهَا لَهَا مَا كَسَبَتْ وَعَلَيْهَا مَا اكْتَسَبَتْ رَبَّنَا لاَ تُؤَاخِذْنَا إِن نَّسِينَا أَوْ أَخْطَأْنَا رَبَّنَا وَلاَ تَحْمِلْ عَلَيْنَا إِصْرًا كَمَا حَمَلْتَهُ عَلَى الَّذِينَ مِن قَبْلِنَا رَبَّنَا وَلاَ تُحَمِّلْنَا مَا لاَ طَاقَةَ لَنَا بِهِ وَاعْفُ عَنَّا وَاغْفِرْ لَنَا وَارْحَمْنَآ أَنتَ مَوْلاَنَا فَانصُرْنَا عَلَى الْقَوْمِ الْكَافِرِينَ ​
Allah does not burden any human being with more than he is well able to bear: in his favor shall be whatever good he does, and against him whatever evil he does. O our Sustainer! Take us not to task if we forget or unwittingly do wrong! "O our Sustainer! Lay not upon us a burden such as Thou didst lay upon those who lived before us! O our Sustainer! Make us not bear burdens which we have no strength to bear! "And efface Thou our sins, and grant us forgiveness, and bestow Thy mercy upon us! Thou art our Lord Supreme: save us, then, against people who deny the truth!" 2:286
B.E.A.R is an Acronym for Bonding, Environment, Atmosphere and Rest. Once a sick person or one suffering from an addiction, is taken out of the environment that breeds and fosters his or her addiction and placed in a situation that fosters Bonding with like-minded people, an Environment that is nurturing, holistic, and healthy, clean fresh Air and water and and given time for rest and relaxation the healing process begins.

Recovering the MIND, Healing the BODY, and Nurturing the SOUL. Our recovery program will focus on three main intertwined areas of addiction, physical, psychological and chemical. When I worked in the Emergency Room in California, I considered myself a legalized drug pusher. From Morphine, the sister drug of Heroin, to Dilaudid and other legalized Narcotics. Whenever I opened the narcotics drawer, I would always have this haunting thought that I could fall prey to this addictive substances, seeing that I was around them on a constant basis. We were always reminded of the fallen nurses who became victims of their own legalized products. Alhamdulillah, I never did and neither did many of the Nurses I worked with, but there were a few that I can remember and I noticed that they all had similar lifestyles, as did the many of us who never became addicted. These nurses all were extremely depressed. They had broken homes and a couple of them had been addicts prior to becoming nurses. As for us who did entertain the notion of using the tons of narcotics that were at our disposal, we allhad very wonderful SOCIAL lives. Many were into Health and Fitness, had strong family connections and friends, were Spiritually motivated and motivators and some were successful entrepreneurs. Now, I never made any connection between our lifestyles and the lifestyles of the other unfortunate nurses who worked with me and who consequently lost their nursing license and career, as being a direct link to our success and their so called failure. It was only when I was introduced to Johann Hari's lecture on:
​
"Everything You Know About Addiction is Wrong" and read excerpts from his book, "Chasing the Scream: The First and Last Days of the War on Drugs" that I did.

He explained that the social response to addicts is one of the major pitfalls for their reoccurring addiction. Scientific research has proven that Isolation and Loneliness can cause one to choose a reckless lifestyle over a productive one. If we actually change how we respond to the drug addict by socially shunning them and criminalizing them and giving them an environment that will create a social connection for them to bond, they will be able to overcome their addiction. Well, It didn't take a lot of researching for me to be convinced because I already believed that our social environment dictates our social interactions and norms, and with this understanding I have always desired to have an area where one disconnects from the CITY DAY TO DAY RAT RACE and relax in the Nature Environment that is in complete harmony with man's existence, Mind, Body and Soul. This is the GOAL of IHOPE to offer B.E.A.R. (Bonding, Environment, Air, and Respect) to our Recovering Addicts so they may return to their respected areas as functional respected human beings contributing and benefiting from the society they reside in. You can read more about our B.E.A.R. project and support us as much as you can so we can get the center up and running as soon as possible.

RAT PARK EXPERIMENTS
"Rat Park was a study into drug addiction conducted in the late 1970's (and published in 1981) by Canadian psychologist Bruce K. Alexander and his colleagues at Simon Fraser University in British Columbia, Canada.
Alexander's hypothesis was that drugs do not cause addiction, and that the apparent addiction to opiate drugs commonly observed in laboratory rats exposed to them is attributable to their living conditions, and not to any addictive property of the drug itself.
To test his hypothesis, Alexander built Rat Park, a large housing colony, 200 times the floor area of a standard laboratory cage. There were 16–20 rats of both sexes in residence, food, balls and wheels for play, and enough space for mating. The results of the experiment appeared to support his hypothesis. hypothesis" http://zootkiloorganisation.yolasite.com/rat-park-experiments.php
Please click on the photos below and learn more about our MIND, BODY and SPIRIT programs.
​
​ 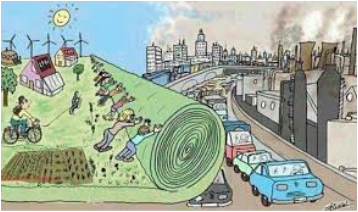